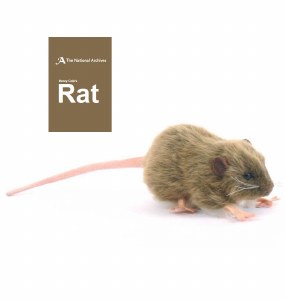 In the 1830's, Henry Cole, shocked at the poor condition of the countrie's most important documents pioneered the reform of what became known as the Public Record Office - now The National Archives.

He had found a dead mummified rat, with a stomach full of chewed documents among the documents and used this rat as evidence for the poor condition of the records, the very same rat can still be viewed in the collection of The National Archives today.

Henry our soft toy rat is a much more well behaved and cuddly souvenir to take home.

If Walls Could Talk : An Intimate History of the Home

Preserving Archives : Principles and Practice in Records Management and Archives