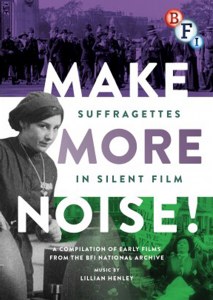 Silent documentary about the British suffragette movement. The film follows the fearless women that fought for female suffrage during the first 15 years of the 20th century, using archive footage and newsreels from the time. As their formation coincided with the birth of modern cinema, the pioneering suffragettes also promoted their cause in silent comedies, many of which are showcased in this documentary from the BFI National Archive.