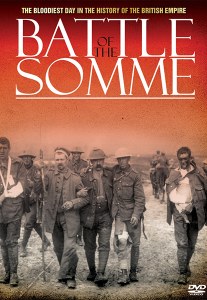 Battle of the Somme : The True Story

Documentary about the Battle of the Somme and the combat footage that was shot by Geoffrey Malins and John McDowell. The footage captures the British Army as they prepare for the First World War conflict and engage in battle. A team of experts investigates whether the film is genuine or simply propaganda.