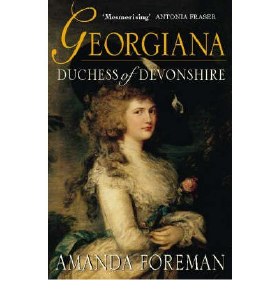 Sex, intrigue and adultery in the world of high politics and huge wealth in late eighteenth-century England. Georgiana, Duchess of Devonshire was one of the most flamboyant and influential women of the eighteenth century. The great-great-great-great aunt of Diana, Princess of Wales, she was variously a compulsive gambler, a political savante and operator of the highest order, a drug addict, an adulteress and the darling of the common people.

This authoritative, utterly absorbing book presents a mesmerizing picture of a fascinating world of political and sexual intrigues, grand houses, huge parties, glamour and great wealth -- always on the edge of being squandered by the excesses and scandals of individuals.