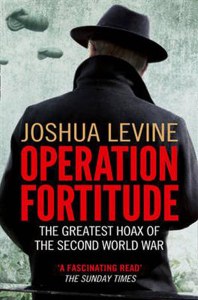 Operation Fortitude was the ingenious web of deception spun by the Allies to mislead the Nazis as to how and where the D-Day landings were to be mounted. The story of how this web was woven is one of intrigue, personal drama, ground-breaking techniques, internal resistance, and good fortune. It is a tale of double agents, black radio broadcasts, phantom armies, 'Ultra' decrypts, and dummy parachute drops.

These diverse tactics were intended to come together to create a single narrative so compelling that it would convince Adolf Hitler of its authenticity. Operation Fortitude was intended to create the false impression that the Normandy landings were merely a feint to disguise a massive forthcoming invasion by this American force in the Pas de Calais. In other words, the success of D-Day -- the beginning of the end of the Second World War -- was made possible by the efforts of men and women who were not present on the Normandy beaches.