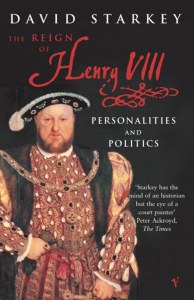 Henry VIII was almost never alone. He was surrounded, twenty-four hours a day, by the small group of intimates and personal attendants who made up the staff of his Privy Chamber. They organised his daily life, kept him amused and acted as the landline between the King and the formal machinery of government.

These men, intermarried, interbred and close-knit even in their mutual feuding, were supremely well placed to rig politics and patronage for their own benefit. Their influence was important and sometimes decisive: factions in the Privy Chamber destroyed Anne Boleyn, they frustrated the 'Catholic' reaction of the 1540s, and, by doctoring Henry's will, prepared the way for the full-blooded Protestantism of his son's reign. The Reign of Henry the VIII is not so much a book about Henry VIII.

It is about the great game of politics over which he presided.