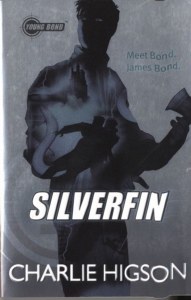 The first explosive book in Charlie Higson's bestselling Young Bond series. Before the name became a legend. Before the boy became a man.

Meet Bond. James Bond. There's something in the water at Loch Silverfin.

Something deadly. Something that must be kept secret... It's James Bond's first day at Eton, and he's already met his first enemy.

This is the start of an adventure that will take him from the school playing fields to the remote shores of Loch Silverfin and a terrifying discovery that threatens to unleash a new breed of warfare.

We have a limited number of copies available signed by the author.