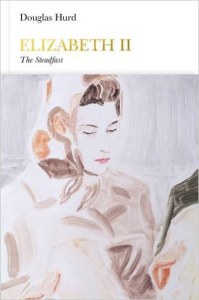 In September 2015 Queen Elizabeth II became Britain's longest-reigning monarch. During her long lifetime Britain and the world have changed beyond recognition, yet throughout she has stood steadfast as a lasting emblem of stability, continuity and public service. Historian and senior politician Douglas Hurd has seen the Queen at close quarters, as Home Secretary and then on overseas expeditions as Foreign Secretary.

Here he considers the life and role of Britain's most greatly admired monarch, who, inheriting a deep sense of duty from her father George VI, has weathered national and family crises, seen the end of an Empire and heard voices raised in favour of the break-up of the United Kingdom. Hurd creates an arresting portrait of a woman deeply conservative by nature yet possessing a ready acceptance of modern life and the awareness that, for things to stay the same, they must change. With a preface by HRH Prince William, Duke of Cambridge.