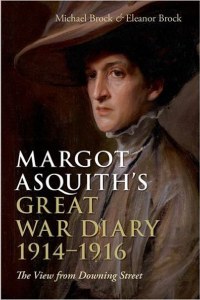 Margot Asquith was the wife of Herbert Henry Asquith, the Liberal Prime Minister who led Britain into war in August 1914. Asquith's early war leadership drew praise from all quarters, but in December 1916 he was forced from office in a palace coup, and replaced by Lloyd George, whose career he had done so much to promote. Margot had both the literary gifts and the vantage point to create, in her diary of these years, a compelling record of her husband's fall from grace.

An intellectual socialite with the airs, if not the lineage, of an aristocrat, Margot was both a spectator and a participant in the events she describes, and in public affairs could be an ally or an embarrassment - sometimes both. Her diary vividly evokes the wartime milieu as experienced in 10 Downing Street, and describes the great political battles that lay behind the warfare on the Western Front, in which Asquith would himself lose his eldest son. The writing teems with character sketches, including Lloyd George ('a natural adventurer who may make or mar himself any day'), Churchill ('Winston's vanity is septic'), and Kitchener ('a man brutal by nature and by pose').

Never previously published, this candid, witty, and worldly diary gives us a unique insider's view of the centre of power, and an introduction by Michael Brock, in addition to explanatory footnotes and appendices written with his wife Eleanor, provide the context and background information we need to appreciate them to the full.