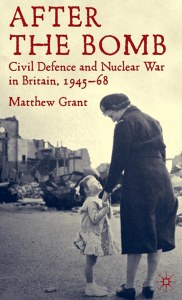 After The Bomb: Civil Defence and Nuclear War in Britain, 1945-68

Civil defence was an integral part of Britain's modern history. Throughout the cold war it was a central response of the British Government to the threat of war. This book is the first history of the preparations to fight a nuclear war that were taken in Britain between the end of the Second World War and 1968.