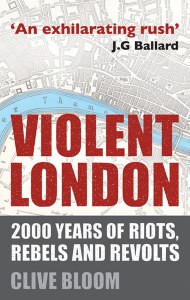 This title charts the story of London through centuries of popular insurrection and protest. It is a story of political acitivism expressed in street fighting and slum warfare, in assassination and bombing. It is also the story of the growth of London as a capital and a major city.

Maps Of London & Beyond