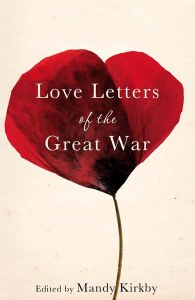 Love Letters Of The Great War

From the private papers of Winston Churchill to the tender notes of an unknown Tommy in the trenches, Love Letters of the Great War brings together some of the most romantic correspondence ever written. Some of the letters collected here are eloquent declarations of love and longing; others contain wrenching accounts of fear, jealousy and betrayal; many share sweet dreams of home. But in all the correspondence - whether from British, American, French, German, Russian, Australian and Canadian troops in the height of battle, or from the heartbroken wives and sweethearts left behind - there lies a truly human portrait of love and war.

Each of the letters, many of which have never before been published, is introduced by a brief piece about the characters, some of whom were parted for ever by the tragedy of war; others reunited. A century on from the start of the First World War, these letters offer an intimate glimpse into the hearts of men and women separated by conflict, and show how love can transcend even the bleakest and most devastating of realities.