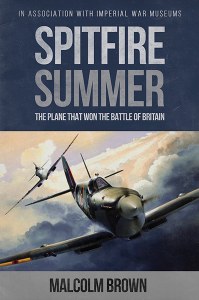 Spitfire Summer : The story of The Battle of Britain

This is a gripping account of Britain's experience of 1940: the year we stood alone against the victorious Nazi war machine fresh from its blitzkrieg victories in Poland and France. Based on existing Imperial War Museum archives, this book tells the story of our island's finest hour through the first-hand accounts of those who were there: from the British Expeditionary Force's May defeat in the Battle of France, through its miraculous evacuation from the bomb-ravaged beaches of Dunkirk, to the Battle of Britain, which paid to Hitler's Operation Sealion plan to invade across the Channel, and finally to the nightmare of the Blitz which brought the war home to the civilian population of Britain's largest cities.