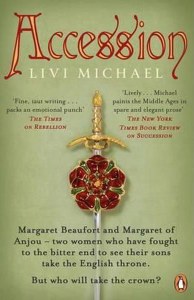 'She is the best of the modern chroniclers of these mediaeval wars ...beautifully written, politically astute and full of insight into the moments when great history meets fragile human hearts.' The Times Margaret Beaufort and Margaret of Anjou - two women who have fought to the bitter end to see their sons take the English throne. But with her son Edward killed in battle, and imprisoned herself, what next for Margaret of Anjou? And will Margaret Beaufort live to see Richard III deposed, and her son Henry Tudor finally ascend the throne? In this powerful and dramatic conclusion to Livi Michael's Wars of the Roses trilogy, the stakes are higher than ever, the sides are ever-changing, and all will be decided at the Battle of Bosworth ...