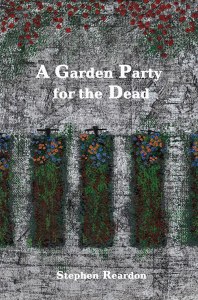 A Garden Party for The Dead

A Garden Party For The Dead

When the guns finally fell silent in France on Armistice Day 1918, those who had survived the Great War came home in their thousands, most within weeks or a few months. They left behind them, along the Western Front, a swathe of almost complete devastation, over 300 miles long and up to 20 miles wide. In this forsaken landscape remained the corpses of many thousands of the dead, some in makeshift graves, some still waiting to be found, others who never were.

Into this unimaginable wasteland comes Edward Dereham, tormented with guilt for being denied his earnest wish to fight. Now as the war ends he has found a role for himself with the Graves Registration Directorate, part of the newly formed Imperial War Graves Commission. Abandoning a tangle of impossible love and dubious wealth he would rather forget, in England, Dereham finds purpose and atonement in the ruined killing fields of France.

Photographer of the Lost