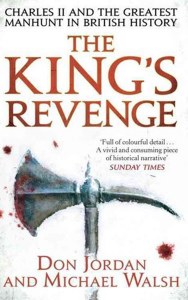 When Charles I was executed, his son Charles II made it his role to search out retribution, producing the biggest manhunt Britain had ever seen, one that would span Europe and America and would last for thirty years. Men who had once been among the most powerful figures in England ended up on the scaffold, on the run, or in fear of the assassin's bullet. History has painted the regicides and their supporters as fanatical Puritans, but among them were remarkable men, including John Milton and Oliver Cromwell.

Charles II And His Escape Into Exile