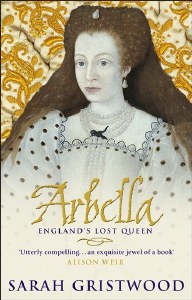 Taking as its background one of the most famous periods of British history, Sarah Gristwood's historical biography focuses on a hitherto forgotten figure: Arbella Stuart, the niece of Mary Queen of Scots and first cousin to James VI of Scotland. Orphaned as a baby, brought up by her powerful and ambitious grandmother, the four-times married Bess of Hardwick, introduced at court as a young girl where she was acknowledged as her heir by Elizabeth I, Arbella's right to the English throne was equalled only by James.

With descriptions of what it was like to live in the late Tudor period - the clothes, the intrigues at court and in the country, the houses with their huge, drafty rooms - Arbella's is a story just waiting to be told.