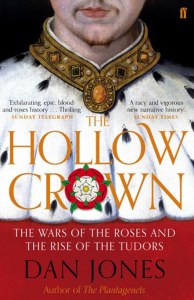 The fifteenth century experienced the longest and bloodiest series of civil wars in British history. The crown of England changed hands violently five times as the great families of England fought to the death for the right to rule. Some of the greatest heroes and villains in history were thrown together in these chaotic years.

Yet efforts were made to maintain some semblance of peace and order, as chivalry was reborn, the printing press arrived, and the Renaissance began to flourish. Following on from Dan Jones' best selling The Plantagenets, The Hollow Crown is a vivid and engrossing history of these turbulent times.