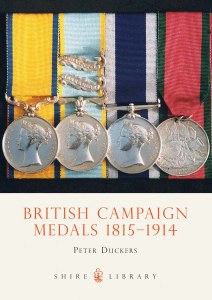 At a time of imperial expansion, British forces were almost constantly in action against major powers, in wars of conquest, or in expeditions on the fringes of Empire, such as the North West Frontier, southern Africa or Burma. This book outlines the medals issued to British soldiers and sailors for military service.