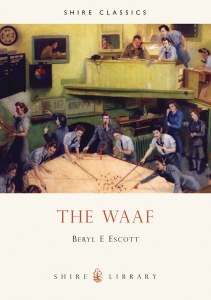 The story of the Women’s Auxiliary Air Force is a journey of exploration. This intriguing history tells the story of the wartime WAAF at work and play. They were no decorative adjunct to the RAF, but an integral working force that eventually saved the RAF 150,000 men, whose places they filled admirably. Debarred from flying, they nevertheless could be found in posts ranging from cooks to aircraft fitters. They were radar operators, plotters in busy operations rooms, nurses in air evacuation. In secrecy they worked as codebreakers at Bletchley Park, in the Y Listening Service, as code and cypher officers in Churchill’s War Cabinet, as air interpreters, and as SOE agents in occupied France. Many others were posted abroad to work. This book provides a fascinating bird’s-eye view of their many roles.