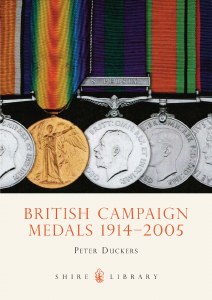 Surveys the medals awarded to British personnel for military services from the First World War to operations of British forces in the opening years of the twenty-first century. The campaign medals awarded for the military actions have become a popular field for collectors, since the majority of British awards were officially named.