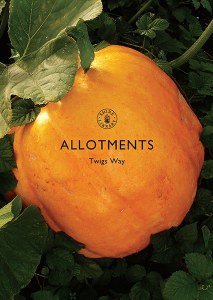 The humble allotment has a surprisingly turbulent history. Initially the right to an allotment was proposed as a charitable means by which the poor could grow their own food and stave off starvation, but it quickly entered political and social debate. During the World Wars the allotment became the focal point on the home front, as families took part in the Dig for Victory campaigns. The post-war years saw a decline in the popularity of the allotment as the supermarket took over from home-grown produce. Successive governments condemned allotments in favour of new housing. Recently, however, with increased concerns about the environment and the organic movement, allotments are in vogue once more. This book charts the rise and fall of the allotment – and the factors behind its most recent resurgence. Drawing on original documents and illustrations, the author explores the fascinating and surprising history of the allotment within the context of its social and political history.

A Little Book Of Latin For Gardeners

Come Into The Garden Dad! A6 Notebook

We Made A Garden