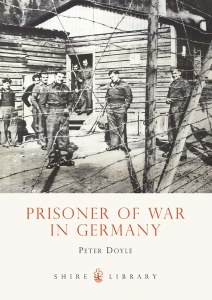 During World War II, German prison camps swelled with Allied Prisoners of War, captured during fierce conflicts, from the Battle of France in 1940 to the bomber offensives over Germany from 1943. This book looks in intimate detail at the life of average private soldiers, beginning with their capture, through the long days as prisoners and hard labourers, to the readjustment to home life after their release. Illustrated with original materials, postcards, and photographs, the author reveals their personal experiences in this intriguing account, including letters to and from home, which disclose some surprising attitudes towards the POWs.

Tales Of A Great Escaper