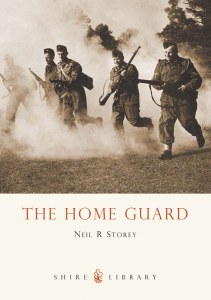 In spring 1940 Hitler unleashed his blitzkrieg, and as the British Expeditionary Force fell back to Dunkirk Britain was in imminent danger. In response to the threat of enemy paratroopers, Anthony Eden, Secretary of State for War made a radio appeal on 14 May 1940 for men ‘who were for one reason or another not at present engaged in military service, and who wish to do something for the defence of their country’ to join a new force named The Local Defence Volunteers. The men of Britain answered the call, not in hundreds as anticipated, but in thousands. Over 250,000 signed up in the first 24 hours and thousands more followed. Badly equipped and with no more uniform than an armband, the organisation was taken under the wing of Winston Churchill in July 1940 and re-christened The Home Guard. This book tells the Home Guard’s story, using original training manuals, photographs, and memoirs, and covers all aspects of their history.