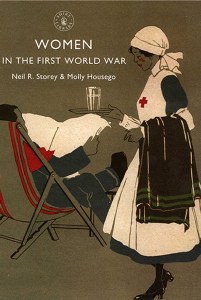 As millions of young men marched off to war, they left behind mothers, wives, sisters, and sweethearts who were determined to contribute to the British cause. Women enrolled as nurses to treat wounded soldiers, and over 700,000 became workers in factories making munitions. Women also took on hundreds of jobs formerly done by men, such as bus conductors and billposters. Later in the war women were accepted into the armed services, serving behind the lines as auxiliaries. This book looks at the realities and the myths of the role of women in the war effort. Illustrated with archive photographs, this is an ideal introduction for anyone wanting to know more about the vital role played by women in the First World War.