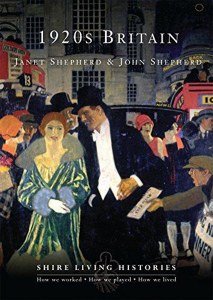 How does a society recover from a devastating war? This was the question posed in the 1920s as people searched for normality in the aftermath of terrible trauma. Written from the perspective of those who lived, worked and played in the metropolis of greater London, "1920s Britain" uncovers the hardships and stresses of the age, strains which manifested in the general strike of 1926. However, the 1920s was also a time of recovery and hope for the future; London itself was a place of international significance and hope.

Delve into the past in this intriguing insight into a difficult time for Britain and the people tasked with its recovery.

The World Broke In Two