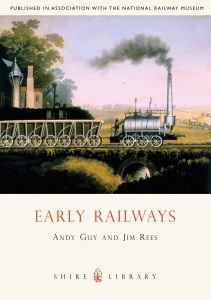 In the popular mind, the history of the railway begins in 1830 with the opening of the Liverpool & Manchester Railway. In fact, by that time the concept of the railway in Britain was already more than 250 years old. The interim is a fascinating but little-known period of experimentation, improvement and invention which included such remarkable oddities as an Elizabethan version of the ‘Scalextric’, an early ‘JCB’, and an engine fitted with steam-powered legs. Innovations such as iron rails, inclines and the pioneering locomotives were gradually introduced, so that by 1830 the basic principles of the modern railway were already in place. Never again would the industry see such fundamental development, and it is this heady and industrious period that Early Railways examines, in fascinating detail and with lavish illustrations.

Railway Atlas Of Ireland Then And Now

Stephenson's Rocket And The Rainhill Trials

The History of the Channel Tunnel