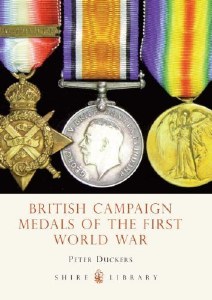 Britain has issued medals rewarding war service since at least the early nineteenth century, and increasingly through the period of its imperial expansion prior to 1914, but examples of many of the early types are now scarce. However, few families escaped some involvement with the Great War of 1914 - 18, and many still treasure the medals awarded to their ancestors for wartime service. Today, with a growing interest in British military history and particularly in family history and genealogy, more and more people want to trace their ancestors’ past. This book looks in detail at the origin, types and varieties of the British medals awarded for general war service between 1914 and ’18, and gives advice on researching the awards and their recipients.