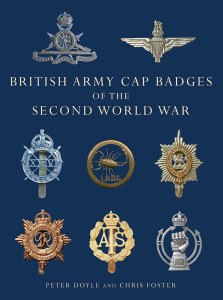 In their companion volume to British Army Cap Badges of the First World War, authors Peter Doyle and Chris Foster present an overview of the main cap badges worn by the British Army during the Second World War, which continued the rich and varied tradition of British regimental insignia. This book describes and illustrates, for the first time in high quality full colour, the main types of cap badge worn. With many amalgamations, war-raised units and special forces, British military insignia from the period have a surprising range that differs substantially from that worn by the soldiers of the previous generation. As in the first book, this volume contains contemporary illustrations of the soldiers themselves wearing the badges. Employing the skills of an established writer (and collector) and artist, it provides a unique reference guide for anyone interested in the British Army of the period.