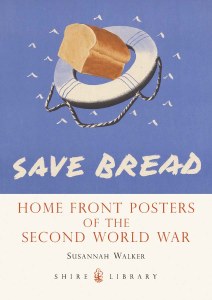 From ‘Coughs and Sneezes Spread Diseases’ to ‘Keep Calm and Carry On’, the Home Front posters of the Second World War have become part of British culture. Some were striking design classics and others more prosaic, but all give a fascinating insight into the trials and tribulations of life in Britain during the Second World War. This was the first ‘total war’, with civilians as essential to the war effort as soldiers, so posters instructed people on everything from cooking and salvage to how to speak, and even think, about the war. This book tells the story behind these posters: how they were designed and produced, what it was hoped they would achieve, and what the British public really thought of them, as well as the role of ‘Britain’s secret weapon’ humour. Looking at famous images and forgotten gems, it is essential reading for anyone interested both in life on the Home Front and the design of the times.