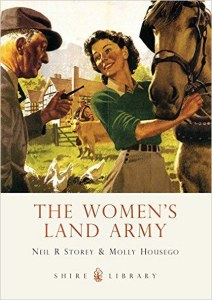 When war broke out in 1939, the Women's Land Army (WLA) was already organised and ready for action. Women who had served in the WLA in the First World War returned to service with their daughters, ready to fill in for the male labourers sent abroad to fight: livestock was tended, fields were ploughed, harvests were reaped and everything possible was done to keep Britain self-sufficient. Neil R.

Storey and Molly Housego here tell the story of the Women's Land Army - how it was organised, what its members did, what training was provided, and the work of the Timber Corps of the WLA, also known as the 'Lumber Jills'. Colourful illustrations of women at work, their uniforms and insignia bring to life the experiences of the ladies who helped keep Britain fed during the Second World War.