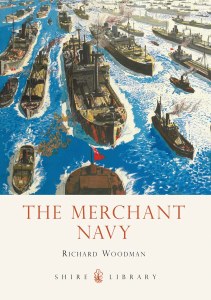 At one time British ships carried half of the world’s trade, transporting every conceivable type of freight from and to all four corners of the globe and in times of crisis the merchant fleet has also offered military assistance. In fact, the merchant convoys and armed cruisers that defied the German blockades to supply Britain in the First World War were so pivotal that they were recognised as a second ‘navy’ the Merchant Navy. This fleet again saw service in the Second World War, continuing to keep Britain provisioned even in its darkest hour. Richard Woodman here relates the Merchant Navy’s colourful history and brings to life the day-to-day experiences of the seamen.

My Ancestor Was A Merchant Seaman