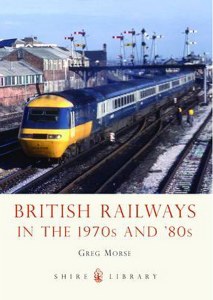 For British Rail, the 1970s was a time of contrasts, when bad jokes about sandwiches and pork pies often belied real achievements, like increasing computerisation and the arrival of the high-speed Inter-City 125s. But while television advertisements told of an 'Age of the Train', Monday morning misery continued for many, the commuter experience steadily worsening as rolling stock aged and grew ever more uncomfortable. Even when BR launched new electrification schemes and new suburban trains in the 1980s, focus still fell on the problems that beset the Advanced Passenger Train, whose ignominious end came under full media glare.

In British Railways in the 1970s and '80s, Greg Morse guides us through a world of Traveller's Fare, concrete concourses and peak-capped porters, a difficult period that began with the aftershock of Beeching but ended with BR becoming the first nationalised passenger network in the world to make a profit.

Railway Atlas Of Ireland Then And Now

Stephenson's Rocket And The Rainhill Trials

The History of the Channel Tunnel