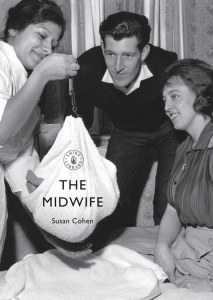 The midwife: medical professional, friend in a woman's hour of greatest need, potent social and cultural symbol. Though the role of midwife has existed since time immemorial, it is only since the Victorian era that it has been a recognised and regulated profession. This book, from social history expert Susan Cohen, looks at midwifery in Britain from ancient times up to the present, paying particular attention to its incredible medical and social advances of the last 150 years.

It is a fully illustrated tour that takes in fictional midwives such as Dickens' Sarey Gamp, the founding of the Royal College of Midwives in 1881, the Second World War, the forming of the NHS and the Central Midwives Board, and looks at the increasing medicalisation of childbirth and the countervailing trend for giving birth at home.