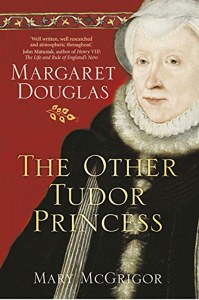 The Other Tudor Princess

The Other Tudor Princess brings to life the story of Margaret Douglas, a shadowy and mysterious character in Tudor history - but who now takes centre stage in this tale of the bitter struggle for power during the reign of Henry VIII. Margaret is Henry's beloved niece, but she defies the king by indulging in two scandalous affairs and is imprisoned in the Tower of London on three occasions 'not for matters of treason, but for love'. Yet, when Henry turns against his second wife Anne Boleyn and declares his daughters, Mary and Elizabeth, bastards, it is Margaret he appoints as his heir to the throne.

The arrangement of the marriage of Margaret's son, Lord Darnley, to his cousin, Mary, Queen of Scots unites their claim to the throne and infuriates Queen Elizabeth. Yet this match brings tragedy, as Margaret's son is brutally murdered. As Margaret reaches old age, her place in the dynasty is still not safe, and she dies in mysterious circumstances - was Margaret poisoned on the orders of Queen Elizabeth?Mary McGrigor tells this compelling and exciting part of Tudor history for the first time with all the passion and thrill of a novel, but this is no fiction - the untold story runs through the course of history, and Margaret secured the throne for her Stuart ancestors for years to come.

A Want Of Kindness

The Dark Side of Samuel Pepys

The Duke of Monmouth