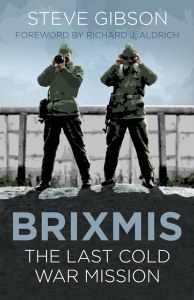 BRIXMIS (British Commander-in-Chief's Mission to the Group Soviet Forces of Occupation in Germany) is one of the most covert elite units of the British Army. They were dropped in behind `enemy lines' ten months after the Second World War had ended and continued with their intelligence-gathering missions until the fall of the Berlin Wall in November 1989. During this period Berlin was a hotbed of spying between East and West.

BRIXMIS was established as a trusted channel of communication between the Red Army and the British Army on the Rhine. However, they acted in the shadows to steal advanced Soviet equipment and penetrate top-secret training areas. Here Steve Gibson offers a new understanding of the complex British role in the Cold War.