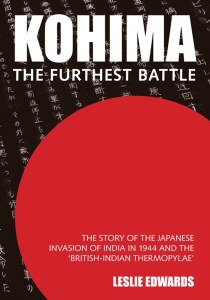 Kohima : The Story of the Japanese Invasion of India in 1944 and the British-Indian Thermoplae

On 6 March 1944, the Japanese 15th Army crossed Burma and invaded India. One 5 April they reached Kohima, where they were met by a hastily assembled force of Indian and British troops. Two months later, the Allies had won. When it was first published in 2009, Kohima: The Furthest Battle was heralded as the most comprehensive and illuminating retelling of the Battle of Kohima, which started Japan's descent into military surrender.

Now fully revised and updated, using extensive primary sources and first-hand accounts from both sides, this is a full picture of what the National Army Museum has termed 'Britain's Greatest Land Battle'.