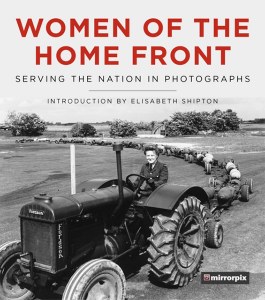 Women of the Home Front

Women of the Home Front : Serving the Nation in Photographs

Celebrate the women who helped win the Second World War. With so many of the nation's men fighting in Europe or further afield, the Auxiliary Territorial Service (ATS), Women's Land Army (WLA), Women's Auxiliary Air Force (WAAF) and Women's Royal Naval Service (WRNS) were essential parts of the Home Front. From taking care of farmland and animal husbandry to testing weapons with live ammunition and transporting aircraft across the country, women from all over the nation stepped up to serve King and Country.

They set a precedent for female integration into the military, with the WAAF and WRNS continuing in some form until they were absorbed into the main armed forces at the end of the twentieth century. The lives of these servicewomen are presented and commemorated here through a collection of images taken from Mirrorpix's formidable archive.