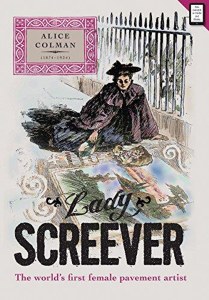 At the end of the 19th century Alice endured inclement weather, overzealous policing, sexism, physical threats and marriage proposals to support her family by illustrating the streets of London. As her work captured the public imagination, she became something of a celebrity - not just in London, but around the world. Her work covered the politics of the time, satire and popular culture, and influenced the burgeoning suffragette movement. Bold, distinctive and romantic, Alice was part of a 'screever' movement that led to the street art we see today; an instinctive, accessible cultural movement that has shifted from subversive to celebrated, and become an accepted part of the established art world.