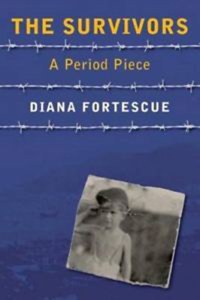 This is not a history book. It is a personal family memoir illustrated by seventy period photographs, most of which have never before been published. It is about the author's parents, Tim and Margery Fortescue, a young British couple from privileged but very different backgrounds who, soon after meeting at Cambridge University, become caught up in turbulent events on the other side of the world during the Second World War.

After travelling to distant Hong Kong in late 1939, the newly married couple enjoyed two years of lotus-eating, though under the shadow of the approaching Japanese army. On Christmas Day 1941, after only eighteen days of fighting, the British, Canadian and Indian troops succumbed to superior Japanese forces and the Governor of Hong Kong was forced to surrender. Within a month Tim, Margery and their seven-month-old baby Adrian were incarcerated with 3,000 other civilians behind the barbed wire of Stanley Internment Camp. They were only in their mid-twenties and were destined to remain interned for 44 months. But all three of them survived.

This is their story - told almost entirely through their own words and those of people who knew them at the time, seasoned by Margery's often wry but crystal-clear reminiscences many years later.