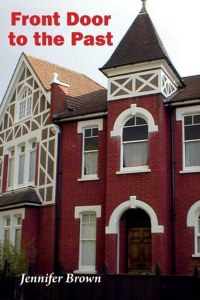 The book is a detailed work that straddles a period from Ughtred's and her nuns' receipt of the land in question around 1152 to the 21st century. The modern part of the story begins in the late 19th century with the early lives and later arrival in London of two brothers, Samuel and George Candler, the former beginning a career in the law, the other as an estate agent and property developer. Their business as well as family lives are intertwined and George becomes the builder and first resident of the Vartry Road house.

The account progresses through the lives of many people - family, locals, neighbours and the occasional person of great note, as well as back though ownership of the land under and around the house to discover a treasure of mystery, intrigue and surprise. Then, returning to more ancient times, the author explores the lives, deaths and transactions of earlier owners of the land and others connected to it. Perhaps by coincidence, it is the noted Candelers (or Candlers) of London who dominate the period after the dissolution of the monasteries, progressively passing it down through a series of wealthy owners that include the Barkhams, Hayters, Lethieulliers and Dormans. Along the way we are introduced to a host of major and minor personae such as Samuel Pepys, Oliver Cromwell, Robert Walpole, Ernest Shackleton and even Alfred Hitchcock, but many more as well.

The book will be of interest to readers and researchers locally, in the British Isles and America but far beyond as the story takes them around the world to learn about its historical figures.