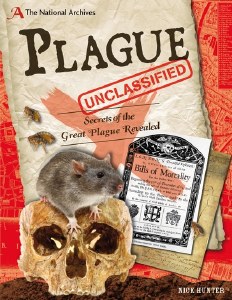 Bubonic plague, otherwise known as the Black Death, has killed millions of people worldwide since the 14th century. Focusing on the last British outbreak, the Great Plague of London in 1665, Plague Unclassified takes readers on a journey back in time to uncover the story behind the disease. From what life was like living in London during the 1665 plague outbreak, to where plague came from, how it was spread, and whether is still exists today, real-life artefacts and documentation enable readers to build a true and real account of the bubonic plague and how it shaped Britain today.

The Executioner of St Paul's