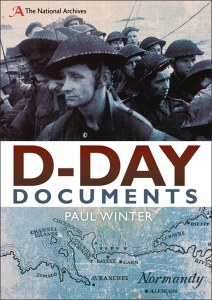 Published in partnership with the National Archives, D-Day Documents is a commemorative collection of previously unpublished documents marking the 70th anniversary of the Normandy landings. This unprecedented book contains not only 21st Army Group intelligence reports on 'Omaha' Beach, RAF Photographic Reconnaissance prints and the ship's log of HMS Warspite but various other important official documents covering different aspects of Operations Neptune and Overlord. Crucially, this single volume brings together for the first time the war diary entries of all Anglo-Canadian 'spear-head' units and regiments who landed in France on 6 June 1944.

A unique publication, which celebrates one of the most momentous days in modern military history, D-Day Documents will fascinate anyone with an interest in the Second World War, as well as offering an invaluable primary source for military historians.