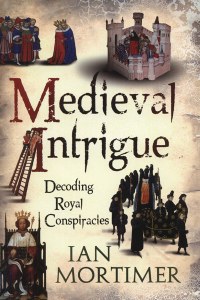 Ian Mortimer considers some of the key questions in Medieval history and rethinks the nature of historical evidence. In this important new work Ian Mortimer examines some of the most controversial questions in medieval history, including whether Edward II was murdered, his possible later life in Italy, the weakness of the Lancastrian claim to the throne in 1399 and the origins of the idea of the royal pretender. Central to this book is his ground-breaking approach to medieval evidence.

He explains how an information-based method allows a more certain reading of a series of texts. He criticizes existing modes of arriving at consensus and outlines a process of historical analysis that ultimately leads to questioning historical doubts as well as historical facts, with profound implications for what we can say about the past with certainty. This is an important work from one of the most original and popular medieval historians writing today.