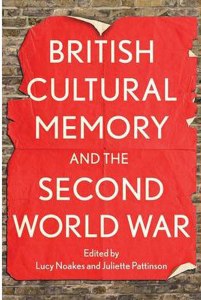 Few historical events have resonated as much in modern British culture as the Second World War. It has left a rich legacy in a range of media that continue to attract a wide audience: film, TV and radio, photography and the visual arts, journalism and propaganda, architecture, museums, music and literature. The enduring presence of the war in the public world is echoed in its ongoing centrality in many personal and family memories, with stories of the Second World War being recounted through the generations.

This collection brings together recent historical work on the cultural memory of the war, examining its presence in family stories, in popular and material culture and in acts of commemoration in Britain between 1945 and the present.