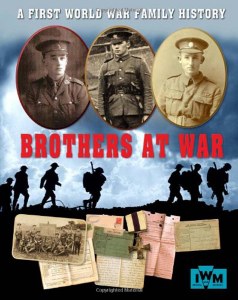 At the turn of the 20th century four brothers were born to the Baker family, Lionel, Arthur, Maurice and Harold. Over a hundred years later Eliza, one of Arthur Baker's great-grandchildren, and her mother, Sarah, decided to find out about these ancestors. They delved into the past to uncover for themselves the story of Lionel, Arthur and Maurice during the First World War.

Using letters sent from the Western Front, a diary written in a prisoner of war camp and other documentary evidence, Eliza and Sarah uncover their fascinating family history of the First World War.