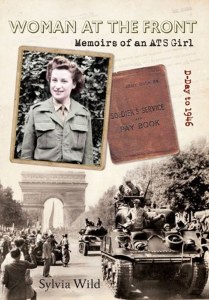 Woman At The Front : Memoirs of an ATS Girl

Woman At The Front : Memoirs of an ATS Girl

Prior to D-Day General Montgomery, the Commanding Officer of HQ21 Army Group, gathered together a small number of ATS girls who had volunteered to serve abroad. Sylvia was one of them. Her service with HQ as a shorthand typist commenced with her posting direct from the training centre in 1943 and continued until she was demobilised in the autumn of 1946.

Woman at the Front tells the story of this young South Londoner working for the Senior Royal Engineer officers who, initially, were developing the D-Day plans concerning ports, docks, harbours and railways as part of Operation Overlord, followed by the reinstatement of these services throughout northern France into Belgium and finally into Germany. It was a predominantly male environment and this memoir offers a fascinating insight into the important role played by a few shorthand typists, and the army's reliance on them in highly Top Secret situations. Her experiences living in French households immediately following the departure of the German Occupation are unique.