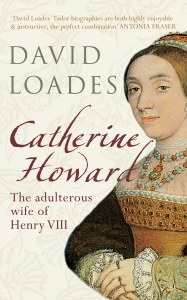 Henry's fifth queen is best known to history as the stupid adolescent who got herself fatally entangled with lovers, and ended up on the block. However, there was more to her than that. She was a symptom of the power struggle which was going on in the court in 1539-40 between Thomas Cromwell and his conservative rivals, among whom the Howard family figured prominently.

The Howards were an ambitious clan, and Catherine's marriage to Henry appeared to signify their triumph. However, her weakness ruined them in the short term, and undermined Thomas Howard, the 3rd Duke of Norfolk's power permanently. Catherine's advent has to be seen against the background of the failed Cleves marriage and the policy which that represented.

Her downfall similarly should be seen in terms of the reformers fighting back against the Howards, and bringing down Jane Rochford with her. Politics and sexuality were inextricably mixed, especially when the king's potency was called in question. It is time to have another look at her brief but important reign.