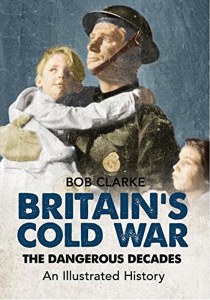 Britain's Cold War covers each decade from the 1940s to the 1990s, when the country lived in the shadow of nuclear conflict and the West was locked in a worldwide struggle against communist powers. Now consigned to history, the era remains a vivid memory for many, and the events of the period are still echoed in conflicts around the world today. Using an evocative collection of images of Britain over five decades, author Bob Clarke brings this fascinating period of British history to life.