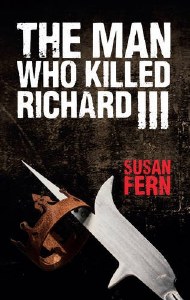 The Man Who Killed Richard III : Who Dealt the Fatal Blow at Bosworth

On 22 August 1485 on a battlefield in Bosworth, Leicestershire, King Richard III, the last of the Plantagenet kings, was dealt a death blow by the man who had sworn loyalty to him only a few months earlier. That man was Rhys ap Thomas, a Welsh lord, master of Carew Castle in Pembrokeshire. For his service that day he was knighted on the field of battle by Henry Tudor.

Rhys ap Thomas's life had been inextricably linked with both Richard and Henry; all three young men grew up under the shadow of the Wars of the Roses, suffering losses and betrayals. Ironically, on his death Rhys chose to spend his final days at the Grey Friars in Carmarthen and was buried by the monks just as Richard had been almost forty years before, perhaps in an act of remorse. This is the story of the man who helped forge the course of British history.